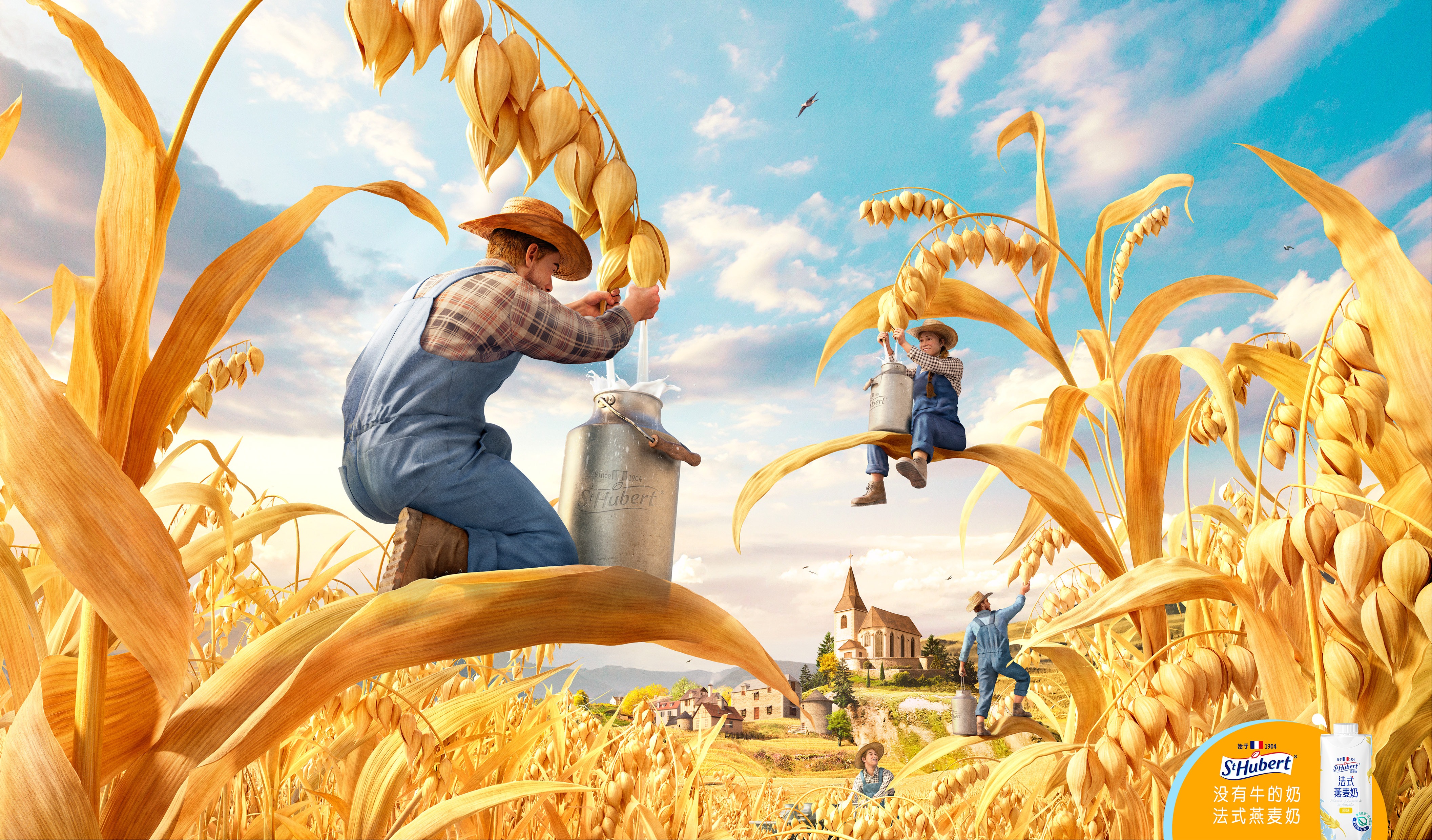 In China, consumer perception of oat milk products is far from enough. According to knowledge of most consumers, only milk is nutritional and healthy. The vegetable milk, extracted from oat and free of fat and cholesterol, comes as a better choice for those who highly value a healthy modern way of life. Though not produced by cows, yet oat milk is much better to health.

The Chinese word “ Niu Nai” (the milk of cows) shows a strong connection between cow and milk, indicating there won’t be milk without cows. Nowadays, however, things are changing and milk can also be produced by oats. In the advertising poster, we have replaced the usual scene where cows are being milked with the scene where the large and beautiful oats are being milked by farmers. The purpose of the dramatic advertising design is to convert the stereotyped perceptions of consumers and convince them also milk can be produced by oats. It is St Hubert Oat Milk.

Since being released, the advertising poster has been viewed by more than 8,000,000 person times, and commented and reposted by over 4,500 times via different social media platforms. Not only has this made oat milk products more popular among consumers, but gained greater recognition of consumers to St Hubert brand. The creative presentation is well received by consumers, playing a significant role in promoting the brand. It has seen a rise by 40% in brand recognition.

Commented and reposted by more than 4,500 times

A rise by 40% in brand recognition